What is the Bully Terrier? We can’t tell you how many times we’ve been asked, “Is the American Bully a Pitbull?”

It’s understandable that the general public is curious about the American Bully.

It’s quickly rising in popularity as one of the most popular dog breeds in recent years.

Did you know that the American Kennel Club is the official body in charge of determining dog breeds in the United States?

You’re probably wondering what all of this has to do with the American Bully Pitbull conundrum.

Is Pitbull an American Bully Terrier?

Despite the similarities in name and genetics, the American Bully dog breed is not a Pitbull.

Pitbull is a dog breed that encompasses four different breeds, although it can also be an acronym for American Pitbull Terrier.

The following are the four primary breeds that fall under the Pitbull-type umbrella:

The American Bully is not the same as the American Pit Bull Terrier, despite being a Pitbull breed.

However, before we go any further, let’s take a look at some history.

The phrase ‘Pit Bull’ dates back to the 1800s, when bull baiting was a popular hobby in the British Isles.

The sport featured a helpless bull attached to an iron pole and a pack of agitated dogs, to cut a long story short.

This set-up resulted in a gladiator-style display for the general public’s entertainment; it wasn’t quite the stuff of legends.

The story’s argument is that the canines used in the sport were initially English Bulldogs who were later crossed with terriers.

This is where the term “pit bull” comes from.

It’s a hybrid between a bulldog and a terrier dog breed.

Because dog genealogy was not considered a science back then, the Pit-Bull group of dogs includes a diverse range of breeds.

The reason why American Bullies are mistaken for Pitbulls is simple.

The American Bully is a mix of American Staffordshire Terriers and American Pitbull Terriers.

A Comparison of the american bully Terrier and the pitbull

We can all agree that the current scenario is perplexing.

Nonetheless, our American Bully vs Pitbull comparison will make it simple to distinguish between the two.

What are the distinctions between an amstaff, a pitbull, and a bully Terrier?

The AmStaff and the APBT are bullier, but the american bully is less terrier.

Comparing the builds of an American Bully and a Pitbull is one of the easiest ways to tell them different.

We’ll try to establish a generic comparison here, despite the fact that different Pitbull breeds might have significantly diverse appearances.

Pitbulls often have a big chest and a robust and broad general build and is a medium sized dog.

Their ribs extend all the way to the rear, giving them an extended and appealing appearance.

A Pitbull’s physique also has a tendency to slant backwards, with the fore chest level with the shoulders.

An adult Pitbull can weigh up to 70 pounds and have a shoulder height of 20 inches.

American Bullies, on the other hand, have a significantly bulkier appearance.

Bullies have a broad chest with distinct ribs.

Their foreches don’t reach over their shoulder points, and their backs look to be extremely broad.

However, an American Bully is distinguished by its huge blocky skull and short legs.

Bullies can reach 120 pounds and stand between 17 and 20 inches tall at the withers.

We touched on this briefly at the start, but this time we’ll concentrate completely on the differences between the two breeds.

Pitbulls were developed in the 1800s in the English Isles by crossing the Old English Bulldog and the English Terrier.

Bull-baiting breeders aimed to create a dog with the strength of a bulldog and the ferocity of a terrier — the ideal fighter.

After decades, the American Bully was born. Breeders in this case wanted to develop a canine companion unlike any other.

Let’s look at how the temperaments of Pitbull breeds and American Bullies differ.

Despite the negative press they receive, pitbulls can be excellent family pets.

However, there is a catch. Because of their ancestors, pitbulls can develop a form of innate aggressiveness directed at animals.

However, with proper training and deep connection, this hostility can be easily lessened.

People often prefer to purchase Pitbulls because of their powerful build and reputed reputation.

Unfortunately, many owners are clueless when it comes to Pitbulls.

They can be very loyal and intelligent dogs with proper training.

American Bullies, on the other hand, are kind by nature.

Because of their size, they can appear threatening at times, but they’re actually quite clever and affectionate dogs.

Bullies make excellent family dogs since they are patient with both children and strangers.

The argument is that dogs have distinct characteristics.

However, the owner is in charge of how the dog is raised and how it behaves.

Pitbulls have a long and illustrious history, some of which we’ve already mentioned.

Pitbulls were brought to America by immigrants from the British Isles.

During this time, Pitbulls were used as frontier dogs or a guard dog.

Sheep were herded and guarded by pitbulls.

Not to add that when the family traveled to the farm, they acted as ‘nannies’ for the youngsters.

They’re smart, dependable, and protective of their loved ones.

American Bullies, on the other hand, despite their appearance, have a gentle nature.

Because of their strong loyalty, they make ideal family dogs.

Bullies have an outgoing, fun-loving demeanor as well as a high tolerance level.

As adults, though, this does not prevent them from being excellent guard dogs.

Most trespassers will be deterred from invading your property by their intimidating appearance.

They’re also simple to maintain and care for.

Here are some of the most famous bully breed according to american bully breeders:

What two dogs make a bully?

Years of careful breeding resulted in the creation of the American Bully, which combines the desirable characteristics of the UKC American Pit Bull Terrier and the AKC American Staffordshire Terrier. Other bully breeds, as well as non-bully breeds, have been incorporated into some lines.

What is the difference between a pit bull terrier and a bully?

Is American Bully a terrier?

Is a bull terrier a Pitbull?

Bully breeds, contrary to popular belief, are not naturally aggressive. With their strong bulk, they may appear menacing, yet they are truly companion dogs at heart. Behavior is determined by how humans treat and raise their canine companions. 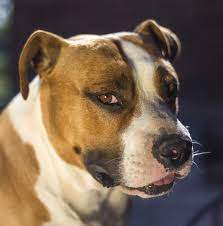 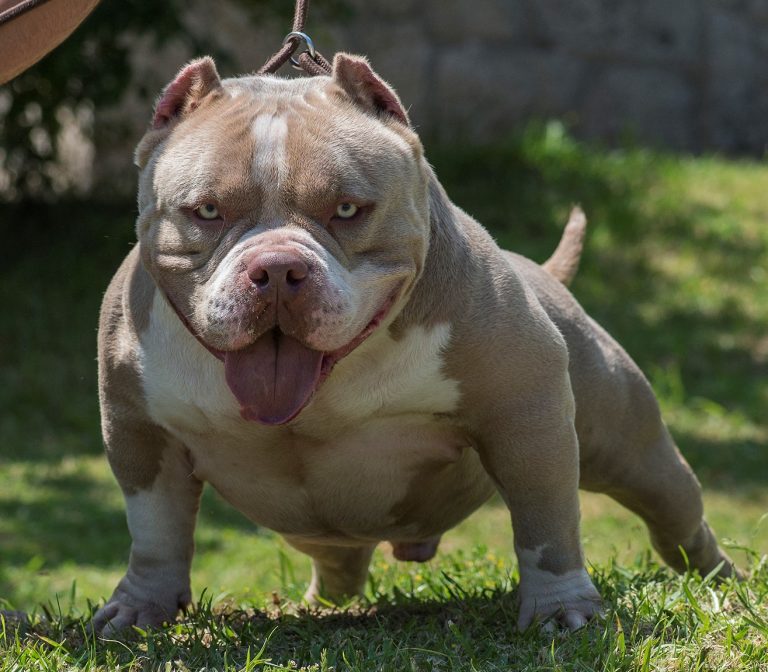 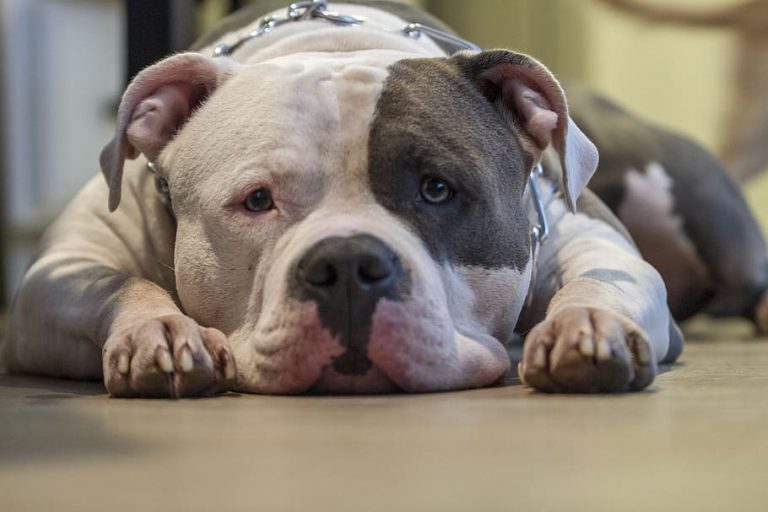 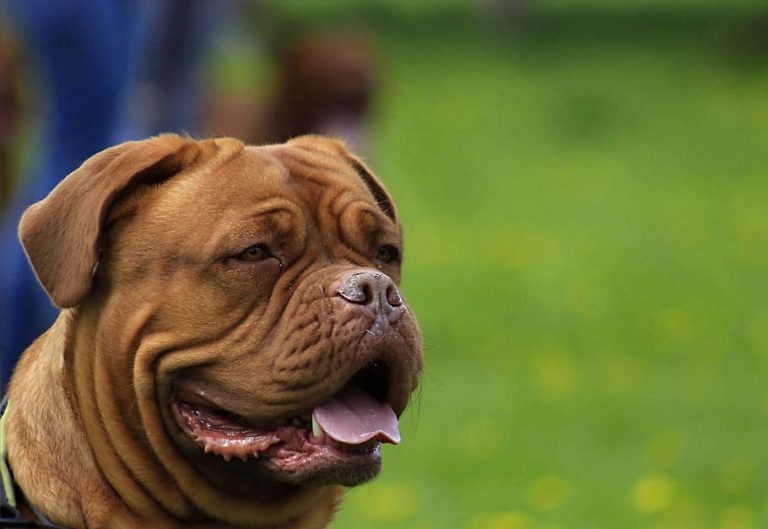 It’s easy to become perplexed by dog breeds, especially when there are so many that look and sound alike. This is… 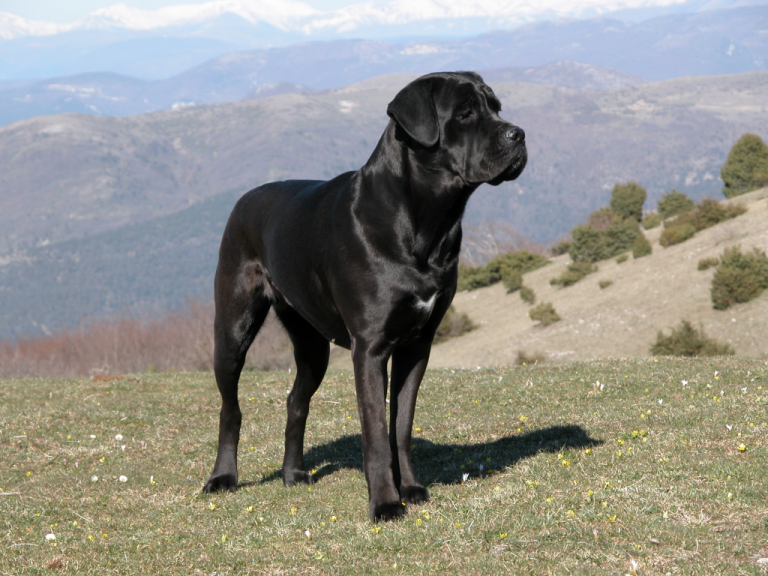 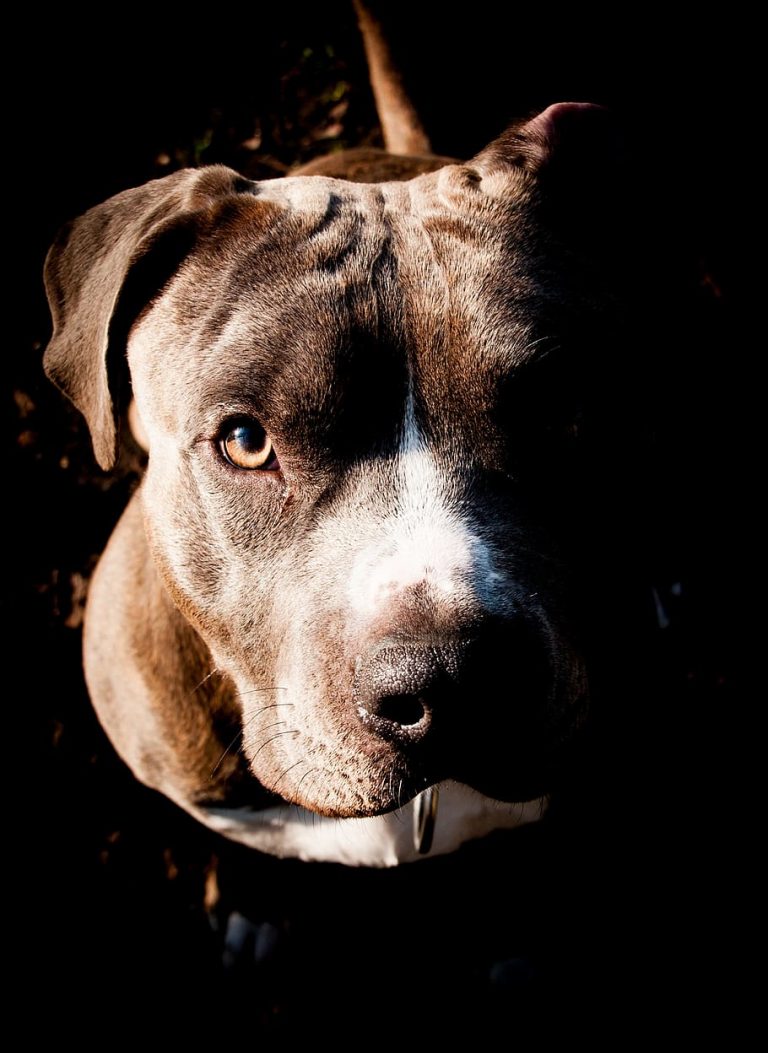 What distinguishes the Blue Fawn American Bully Dog from other Bullys? A color variation of the Bully breed is the Blue…