This adorable pup is a relatively new dog breed in the canine world and in American homes.

Despite their youth, there are four distinct types of American Bullies.

Experts have recently discussed a new type of bully: the extreme bully.

Whichever Bully you have, they should all be raised properly, with good dog food and plenty of attention.

The American Bully growth chart should, of course, be familiar to future Bully owners for their puppy development.

The United Kingdom Kennel Club (UKC) recognized this breed in 2013, while the American Bully Kennel Club (ABKC) did so in 2004.

How Big Are The Four American Bully Breed?

Growth Stages Of An American Bully

The American Bully dog breed is proud of its four different varieties of puppies.

Standard, classic, pocket, and XL or extra large American Bully are among the various categories.

Recently, the family has gained a new member: the severe American Bully.

These Bullies, despite belonging to the same family, are all different in size and shape.

In the 1990s, the American Bulldog was first bred in the United States.

It was created as a show variation of the American Pitbull Terrier, but it quickly became a popular pet.

We usually think of small, cuddly breeds when we think of companion dogs.

This is not the case with this canine companion.

Standard American Bully is neither a little nor a fluffy or cuddly dog. Standard Bully powerful paws with a large body frame for their weight.

Standard American Bullies can reach a height of 17 to 20 inches at the withers, with females being somewhat smaller at 16 to 19 inches.

The lifespan of both genders is 10 to 14 years.

The Bully’s presence draws a lot of attention and provokes a lot of reactions.

They appear to be dangerous at first glance, but they are not.

The Bully has a big head with well-defined jaws.

The eyes are almond-shaped and beaming with friendliness, with some gap between them.

The average American Bully can withstand a great deal of pain without making a peep.

He never displays signs of being hurt, so his adversaries can’t use it against him.

The classic American Bully is a size, weight, and look variation of the normal Bully.

These Classic Bully, on the other hand, appear to be a little lighter.

The American Staffordshire Terrier and the American Pitbull Terrier are similar to the original American Bully.

They, too, have a muscular body frame, a defined jawline, and a large head.

Classic Bullies are nevertheless included in the basket of dominant pups, despite the fact that they aren’t as muscular as the regular Bully.

Classics suffer from pain as well, but they’re regarded as excellent protectors who are kind with children and the rest of the household.

The XL Bully is the largest of the American Bullies, with male dog measuring 20 to 23 inches at the withers and female dogs at 19 to 22 inches.

They have a deep chest and defined lines and are thick, muscular dogs.

Pocket Bully are the smallest of all Bullies, but they are still large and powerful dogs.

Pocket Pitbull should not be classified as toy or tiny breed dogs.

Consider them a smaller version of the American Bully!

Want a powerful paw like the normal Bully, but in a more manageable size for apartment living?

Go with the American Bully in a Pocket!

The Extreme Bully is the most extreme version of the Bully.

Extreme Bullies, while not as large as Mastiff dogs, are still large breed dogs with a massive body structure and a strong personality.

The mature Extreme American Bully has robust bones and a large amount of muscle mass.

This dog’s neck is arched and powerful, and his shoulders are broad.

Can we refer to them as “bodybuilder dogs”? Absolutely!

In addition to their muscular body, these Bullies are distinguished by their loose mouth and high rear.

What is the maximum size of my American Bully Puppy?

You’re likely to come across a normal American Bully, as they’re the most prevalent.

The average American Bully weighs 65 to 85 pounds and stands 16 to 20 inches tall at the withers.

One of the first questions a prospective Bully owner will ask is, “How large will my puppy grow?”

Some dog owners cannot afford to live in large apartments or own a home with a backyard.

A huge dog requires its own space.

That’s why determining the size of adult dogs is critical.

Examining the parents is one approach to predict the size of your puppy in the future.

Unless it’s a litter runt, you can’t expect a tiny puppy from a huge father.

Examining the puppy’s paws is another option.

If the puppy’s paws are unusually large, it could indicate that he or she will grow up to be a large dog.

Of course, if you’re really curious, DNA testing can be used to predict the dog’s future size.

When Do Bullies in America Stop Growing?

There are no hard and fast rules on when a male or female puppy will cease developing.

At the age of 12 months, most dog breeds consider a puppy to be an adult.

The first year of a dog’s life is full of changes.

These changes, however, do not end when the puppy reaches the age of twelve months.

After this milestone, the dog’s bones, weight, and overall size continue to alter significantly.

This process can take anywhere from six to twenty-four months to complete!

At the age of three, the dog has reached full maturity.

It’s natural for new owners to wonder when their American Bully Pit will stop growing.

Many people believe Bullies will grow up to be enormous dogs because they are Bulldog-type puppies.

Although American Bullies are larger than Great Danes, they are not giants.

However, there is no breed standard for this dog breed when it comes to weight.

What we do know is that the weight of a Bully should always be proportional to the dog’s body frame.

Some dogs like Cane Corso mature more quickly than others, and that’s perfectly fine.

Some dogs will reach their maximum weight of 88 pounds, while others will stay around the 66-pound mark.

If your puppy does not follow the American Bully development chart to a tee, don’t be concerned. English Bulldog mature at different rates.

Your Bully Pit will grow at a satisfactory rate if you provide the best care, regular vet appointments, and lots of affection.

Is There An Association Between Puppy Growth And Spaying Or Neutering?

The relationship between a puppy’s growth and these operations is delicate.

The overall growth of the dog is unaffected by spaying and neutering.

This does not, however, imply that you should conduct these operations at any point during your puppy’s life.

Spaying or neutering a dog at the age of two months, for example, is absurd.

Allow the puppies to mature for a few weeks before performing the surgeries.

Spaying or neutering a dog too early is unnecessary.

Most experts agree that the optimal time to spay or neuter an American Bully is between the ages of four and nine months.

Females will experience their first heat cycle at this period.

You should spay your American Bully female if you do not want to breed her.

Neutering, on the other hand, prevents testicular cancer, but the procedure’s many benefits have the greatest impact on the dog’s behavior.

Neutered males are less prone to exhibit aggressive behavior and are less likely to walk away than unneutered males.

What Kinds Of Health Issues Affect A Bully’s Development?

The American Bully, with an average lifespan of 10 to 14 years, is a dog that may provide you with many happy years if you do your best to provide it with a pleasant life.

However, the American Bully, like other dog breeds, is prone to specific health difficulties.

These diseases can be passed on to other Bully mixes as well.

The following are the most common health issues that this breed encounters:

The growth rate of the dog may be affected by any of the disorders listed. If your puppy’s growth is deviating significantly from the standard American Bully growth chart, you should consult your veterinarian to have some health tests done.

Changes in the growth curve are caused by which factors?

Genetic health issues might have an impact on a dog’s growth.

That is why we always request to see the puppy’s parents as well as their medical records from the breeder.

Your dog’s appearance and susceptibility to diseases will be determined by genetics.

Of course, your dog has to be fed with dog food! It is, in fact, the most important factor is the food.

However, what you feed your dog is as crucial so buy the best dog food.

You shouldn’t just order the first bag of kibble or puppy food that you see on Amazon with.

An improper food diet can have a negative impact on your dog’s general health especially if it is a raw dog food or dry dog food.

One of the most important reasons why American Bully puppies grow at various rates is due to gender differences.

Another important component that influences the growth curve is the dog’s overall health, but more on American Bully health issues later.

What age is the lanky stage American bully?

Many puppies between the ages of six and eight months have a “lanky” and awkward appearance that is rather endearing.

How do I make my American bully head bigger?

At the age of 12 months, American Bullies normally cease growing. A bully, on the other hand, may take somewhat more or slightly less time to fill out, depending on its size. The bone size and height of larger American Bullies will continue to increase, prolonging the growing period to 24 months.

How fast do American bullies grow?

Large canine breeds, such as the American Bully, take about 24 months to reach full maturity. There is no normal weight for any type of American Bully, thus it should be proportional to their physical frame. An American Bully weighs between 66 and 88 pounds on average.

How fast do pitbull puppies grow?

By the age of a year, American Pitbull Terriers are completely grown. He’ll be about half his adult height at 4 months. He’ll be roughly two-thirds of his adult weight at six months. Your Pitbull puppy will grow the fastest between the ages of 2 and 6. 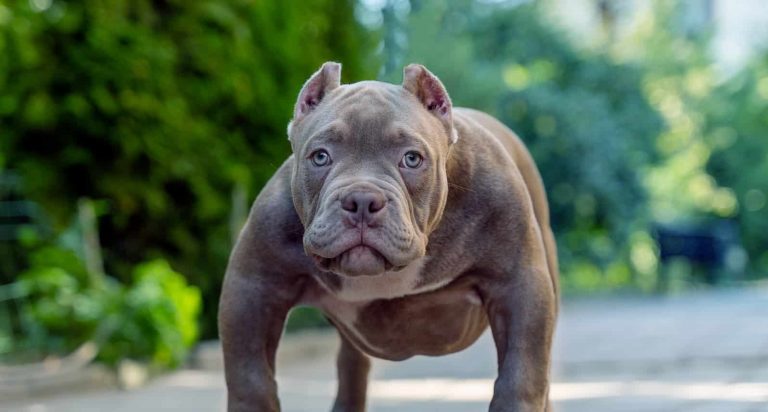 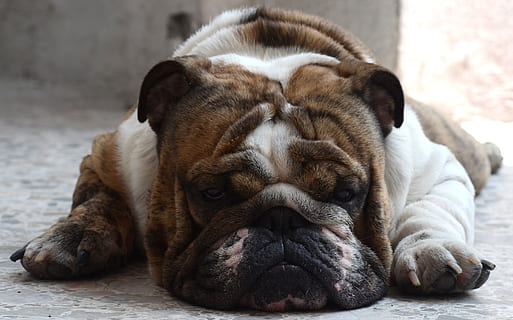 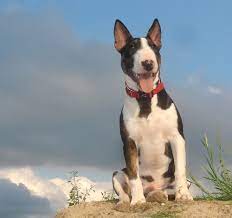 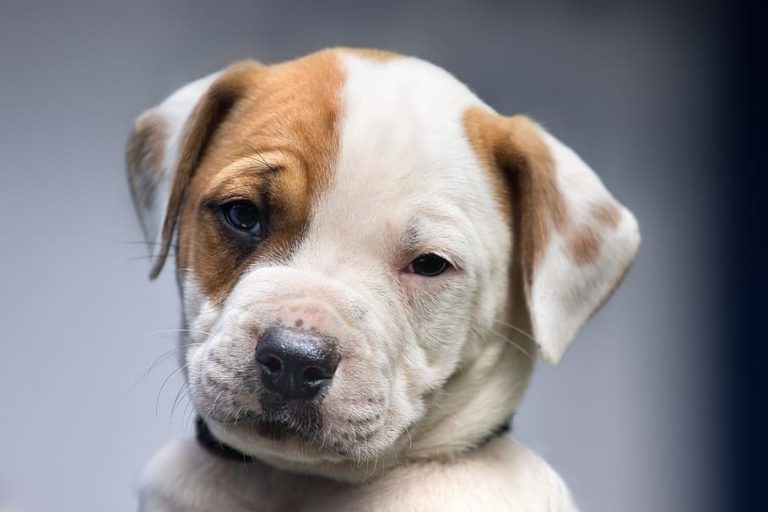 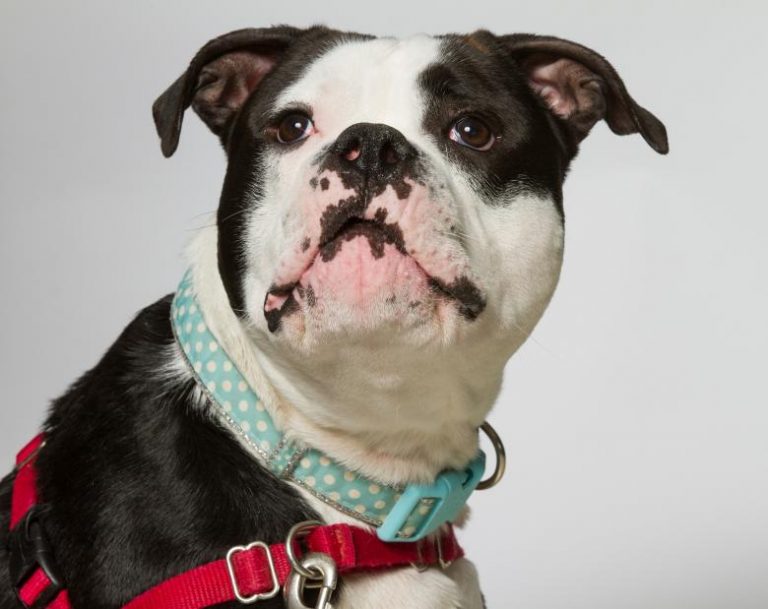 Some dog breeds are frequently confused with others. This could be due to factors such as appearance, stature, or even temperament….