It requires patience and discipline for both you and your american bulldog puppy to train any dog, regardless of age.

The sooner you establish a plan and regular routines, the easier it will be for you to adjust to typical life changes as they develop.

The first year might be challenging and frustrating, but remember that you are laying the groundwork for the behavior you want them to have for the rest of their lives.

Bulldogs are recognized for their loyal nature and adorable wrinkles.

They require a few particular considerations when it comes to exercise, routine care, training, and grooming, unlike other breeds.

The American Bulldog is classified as a security or a guard dog.

They’re a courageous and dependable breed.

Their origins can be traced back to the 1700s.

Farmers used them to track down stray hogs and cows at the time.

Despite their origins in the United States, they are thought to be descended from English Bulldog.

The dispositions of American Bulldog are energetic and dynamic, and they appreciate the humans in their lives.

They also get along swimmingly with kids.

They do not, however, get along with other prey animals.

These dogs, at their core, exhibit a great deal of affection and respect for their owners.

They’re also brave enough to face other dogs and people who intrude on their space or provoke them, despite the fact that they’re normally friendly dogs.

When they’re around other large dogs, especially those of the same sex, American Bulldogs might become possessive due to their powerful personalities.

They do, however, get along well with all of the humans and pets in their homes, even other adult American Bulldog.

It’s crucial to remember that these canines act very differently as puppies than they do as adults.

They are aloof in the presence of strangers in many circumstances.

They’ve usually matured and fully formed their personalities by the time they’re a year and a half old.

But, watch for some health concerns like dental disease, hair loss, itchy skin and being an overweight dogs.

This breed is extremely intelligent, making teaching them a breeze. Their natural athleticism and strength contribute to their ease of training; they also enjoy being active and outside.

When they’re puppies, they’re usually very active. That is why it is critical to begin socialization and training at a young age. If they are not properly trained, they may acquire aggressive behavior.

It’s critical for owners to take command of their American Bulldogs for mental stimulation and stick to the rules they’ve been taught and give some positive reinforcement after. You might wind up with a very stubborn dog and sudden behavioral changes if you don’t.

As an american bulldog owner, you should always keep one of these dogs on a leash while taking them outside, whether for a walk or a playdate at the park or for dog training. People who allow their American Bulldogs to wander freely in their yards should also invest in strong fences to prevent them from escaping.

Goal #1: Socialize Bulldogs with other dogs

Bulldogs are gregarious animals who like social interactions with humans and other dogs, which is why early socialization with new dogs and people.

Above all, you’ll want to keep all interactions with new people and dogs lighthearted.

“Quality interactions, not a lot of random ones, are required for proper socialization.”

As a result, select your puppy’s pals list to ensure that they are only engaging with other dogs who will treat them with respect,” Daigle advises.

To teach your puppy manners and socialize them with other dogs, Daigle suggests the AKC S.T.A.R. Puppy program.

Goal #2: Get the Bulldogs familiar to grooming.

Wrinkles are cute, but they can harbor bacteria and yeast if they aren’t washed with peroxide and dried with cornstarch several times a week.

It’s critical, according to Fontanos, to start grooming puppies as soon as possible.

Grooming sessions should be turned into a game, according to Daigle to avoid fearfulness aggression.

“Spread peanut butter or canned pumpkin on a lick pad, chew toy, or even the front of your refrigerator.

Allow your dog to get excited about the treats and start licking them “She gives advice.

You can begin handling the dog and smoothing out their wrinkles once they have gotten interested in the treat.

Goal #3: Show the Bulldogs what to chew on.

Bulldogs enjoy chewing on whatever they can get their teeth on, especially when they’re teething

. Fontanos suggests giving your Bulldog a solid rubber toy to chew on.

“If they get their hands on something they shouldn’t be chewing, like a shoe,” she advises, “distract them and swiftly replace it with an approved chew object.”

To positively encourage the habit, constantly praise Bulldogs when they’re chewing on something suitable.

By 6 months, the puppy stage has passed.

Your Bulldog puppy should be able to play peacefully with other dogs, chew on appropriate toys, and be ready to begin basic obedience training at this age.

Begin by teaching your dog simple commands such as “Sit,” “Stay,” and “Leave-It.”

Then progress to commands such as “Drop-It.”

When bulldogs bite down on toys, they have a powerful grasp, thus it’s critical that they learn the “Drop It” command.

“The most crucial part of teaching ‘Drop It,’ according to Daigle, is to never simply take the item from your dog.” This could result in resource rationing.

If your dog has a sock in its mouth, for example, offer the dog a treat that is more appealing than the sock, and the dog must relinquish the sock in order to eat the treat.

Goal #5: Teach your Bulldog to use the toilet.

You must potty train your dog to avoid undesired accidents in the house.

For several days, Fontanos recommends taking the dog out every hour on the hour to the location where you want the dog to excrete during the day.

You should also remove food and drink three to four hours before bedtime, and give your dog a pee break right before bedtime and first thing in the morning.

Goal #6: Take your Bulldog for a walk in the cool weather.

Bulldogs are classified as brachycephalic because their muzzles are short, making breathing difficult on hot, humid days.

As a result, Fontanos advises training your Bulldog early in the morning or late in the evening to escape the intense heat of the midday.

Daigle advises bringing plenty of water for your dog.

She also claims that you can dress your dog to keep them cool on hotter days.

When it’s hot outside, you can always exercise your dog indoors with the air conditioner running. You can even make your dog an indoor playhouse.

Stage of development: one year

Your Bulldog should know basic obedience and be acclimated to a daily feeding and exercise schedule by the time he or she is a year old.

As long as the weather is pleasant, these puppies can participate in activities such as obedience lessons, tracking, and agility.

Incorporate training classes into your Bulldog’s fitness program, according to Daigle.

After all, teaching your Bulldog to walk beautifully on a leash, stay for greetings, or even perform tricks is an excellent way to exhaust them.

Goal #8: Make sure your Bulldog is safe around water.

Bulldogs enjoy being in the water, but their body structure makes them lousy swimmers.

Fontanos recommends that shallow kiddie pools are always a delightful activity for a Bulldog as long as you are present to carefully oversee your pooch while they play.

Also, always be careful while around lakes or oceans by outfitting your Bulldog with a life jacket.

Is it hard to train a American bulldog?

The training of American Bulldogs is relatively difficult. They are strong and prone to having their own way, despite being delightful dogs. This necessitates the assistance of an expert dog handler in order to stimulate the dog utilizing reward-based methods.

How do I stop my American bulldog from pulling?

Give a forceful jerk on the leash and start walking in the opposite direction. This will put the dog out of your mind. Praise and reward him for not pulling on the leash when he catches up to your side. As long as he doesn’t pull, continue to praise him and give him rewards.

How do you discipline a bulldog?

It’s human nature to want the best for our pets, yet they do make mistakes from time to time. If your English bulldog misbehaves, don’t reprimand him right away. Allow him time to reflect about his error before penalizing him. Don’t be too harsh if he makes a mistake.

Do American Bulldogs need a lot of exercise?

Owners who can devote at least one hour each day to exercise, enrichment, and training are best for American bulldogs. They don’t require much maintenance, but they are a difficult dog for inexperienced owners to handle.

Experienced owners with patience for training and early socialization are required for American Bulldogs. They’ll get along fine with children and other pets if they’ve been properly taught, but you should still supervise them like you would with any dog. 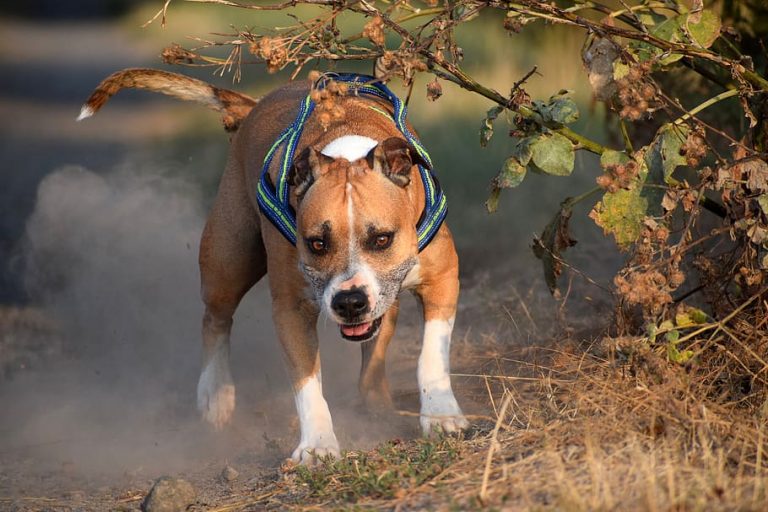 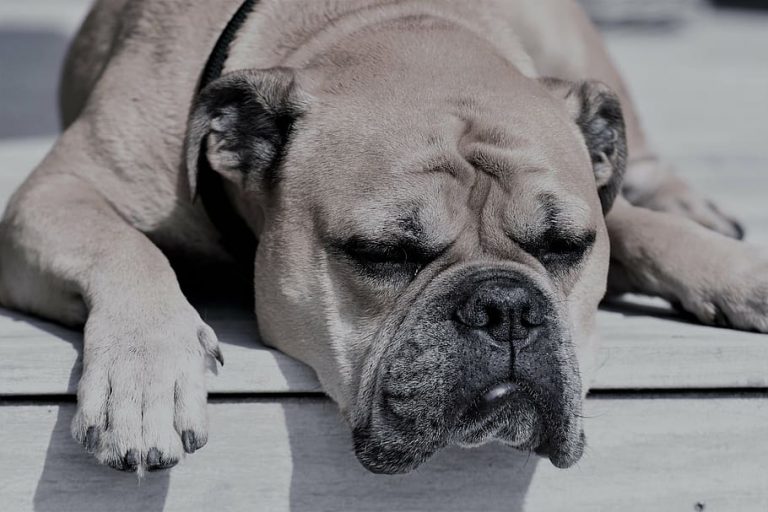 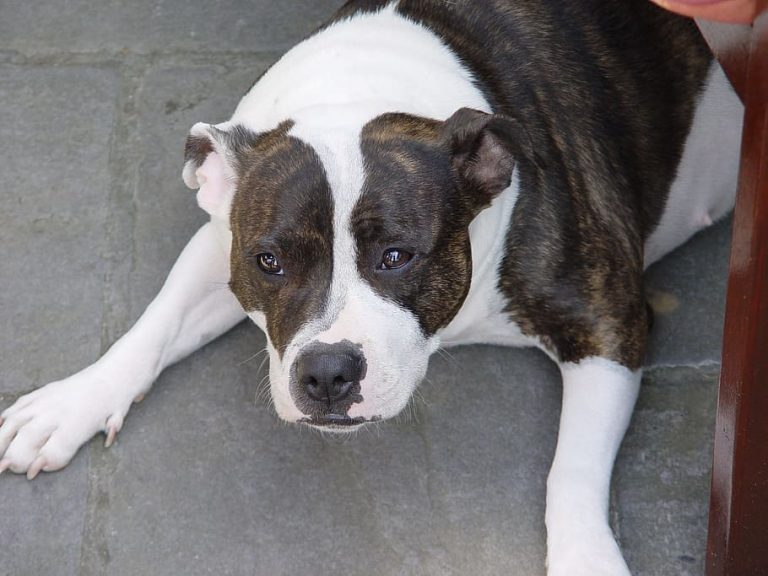 Need American Staffordshire Terrier Training? Whether you have a toy Chihuahua, an English mastiff, or another breed of dog, you must…

Do you need some American Pit Bull Terrier Training Tips? Do you have a Pit Bull puppy? Are you considering getting… 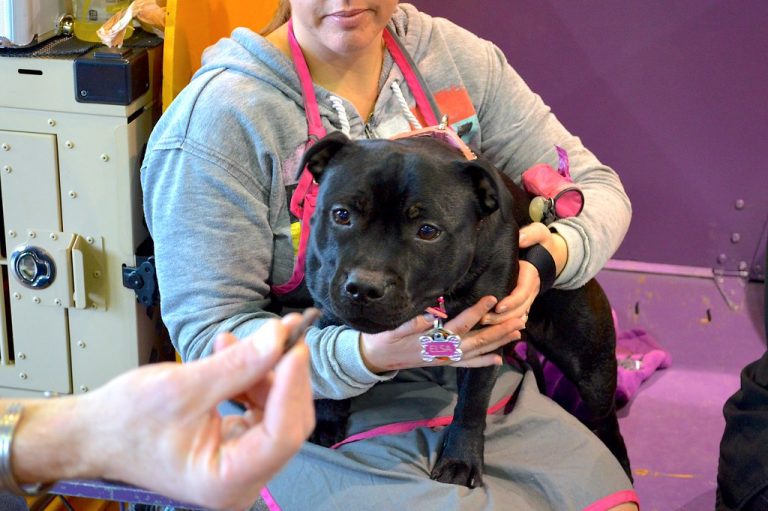 Whether you have a toy Chihuahua, an English mastiff, or another breed of dog, you must train and socialize your canine… 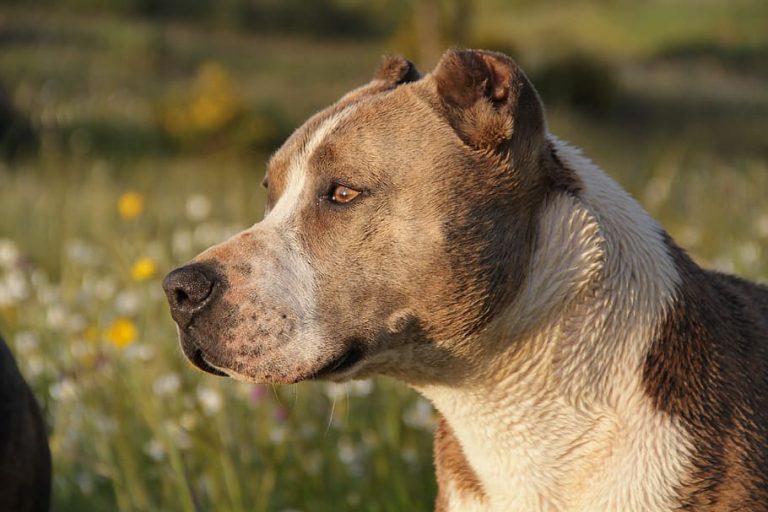 How To Train A Pit bull? With so many various training methods and ideologies to choose from these days, finding the…